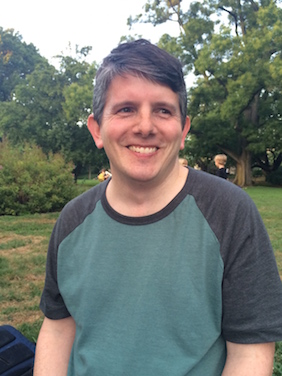 The idea for Ways to Go began germinating when I was driving home to Brooklyn, New York after a work trip to Connecticut.  When possible I travel the Northeast by train, but traveling with film equipment means driving.

In this case, we made good time back from Connecticut to the New York City border in the Bronx.  But because of terrible traffic, the drive from there to Brooklyn—a drive that ought to take 30-45 minutes—took almost two hours.

That drive, and a few others like it, got me thinking: what is going to happen to cities as they become more and more populated?  The traffic in certain American cities is already legendary.  Is it just going to get worse or is there anything cities can do to improve the situation?

The answer to that question is complicated.  Part of the problem is that streets have been dominated by cars for so long that we tend to think it’s a natural phenomenon.  It isn’t.

It took deliberate decisions by city governments, urban planners, and advocates to turn the street into a place for cars only.  Now many members of those same groups are trying to do the opposite—to reclaim the street as a place for people—to make streets a destination and not just just a way from Point A to Point B.

But their task is not easy.  Because like many features of big cities, the issue of transportation is intimately connected with the issue of race. Indeed, interstate highways all over the country destroyed numerous vibrant African-American communities in cities.

And now that we’re trying to move away from a city dominated by cars, the risk is that the same groups that suffered before will suffer again. Although it’s not nearly as destructive as a highway, bike infrastructure can sometimes push low income people of color out of their communities. And the very technologies that might help us become less dependent on private cars could also end an industry that has provided employment to immigrants of color for generations.

This is a story that needs to be told.  We’re still in the middle of a monumental change in our cities, and it will either repeat the mistakes of the past or be done in a different, better way. Whatever happens, it will affect our cities for decades to come.  And that’s why I want to tell this story in my documentary.